The subject of traditional versus industrial methods of harvesting of animals is highly controversial.

The Moslem tradition and the strict Jewish tradition both require that the alert, unsedated animal have the throat cut with a very sharp knife. We understand that some Moslem authorities allow stunning prior to this step but others do not. The Jewish authorities do not allow stunning, but do require that the person who performs the cut follow several rules. First, the person has to have prolonged training, most of which is in how to sharpen a knife really really well. Second, the knife has to be inspected just prior to each use and must not be used if the edge has any imperfection such as a nick. Third, the person has to be strong enough to cut everything to the spine in a single uninterrupted stroke. When done properly, this results in immediate loss of consciousness. Those who criticize this approach rely on two studies by Gibson [1, 2] in 2009 that showed changes in the electroencephalogram (EEG) of anesthetized animals that persisted for 30 seconds that were related to cutting the tissues of the neck rather than of cutting the blood vessels.
There are several apparent flaws in these studies. First, the method of cutting is well described and asserts that the knife used was sharpened in a standardized manner prior to each use, but does not attempt to show that the knife was as sharp as that used in traditional methods of slaughter or that it was applied in the traditional way.
Second and more importantly, the blood pressure was documented to fall rapidly to levels that do not sustain consciousness yet the electroencephalogram continued to be abnormal. Specifically, the graph in Figure 5 on page 80 shows that the mean blood pressure fell from about 110 mm Hg to less than 50 mm Hg by 15 seconds after the incision, and to about 30 mm Hg by 30 seconds after the incision. By contrast, the change in electroencephalogram (brain waves) measured as F95 in Figure 1 on page 79 starts immediately and then persists largely unchanged for at least 150 seconds. From this, the authors conclude that the animal would have felt pain had it not been anesthetized, presumably for 150 seconds even though the blood pressure was negligible by 30 seconds.
Further, since the animals were already anesthetized, it is not possible to infer that the patterns seen are related to consciousness as it is well known that unconscious patients can have involuntary movements that are not related to consciousness.
The Gibson papers conclude that the changes seen in the electroencephalogram were due to the cutting of the neck being painful (in an anesthetized animal). The unique contribution of the Gibson studies was the use of the electroencephalogram so it is surprising that the researchers came to this strong conclusion, based only on characteristics of the electroencephalogram, given this disparity of evidence during their own study.
A more recent independent review of the literature [3] published in 2015 also concluded that use of the electroencephalogram to infer whether an animal has lost or would have lost consciousness is premature and requires further validation as a scientific method before its results can be used to make real-life inferences. A further thought from my own experience as a physician who does minor surgery implanting, among other devices, permanent pacemakers: scapels are very sharp, and when one (rarely) cuts oneself with one during a procedure, one feels nothing. Usually, the way one finds out that a cut has occurred is to notice blood inside the glove.
Further, when patients need pacemakers, they often have problems with the natural pacemaker of the heart (the "sinus node") in which is suddenly stops for seconds at a time. When it stops for up to 3 seconds, patients often feel suddenly faint. When it stops for longer than that, they often fall over, bruise their faces because the brain stopped working so fast that their protective arm reflexes do not work, and have absolutely no memory of what happened between the time that they felt fine and the time when they awoke on the ground. And that is what happens with unchanged blood volume.
So just what was Professor Gibson and his team measuring? Citations:
[1] TJ Gibson, CB Johnson, JC Murrell, et al. "Electroencephalographic responses of halothane-anaesthetised calves to slaughter by ventral-neck incision without prior stunning." New Zealand Veterinary Journal 2009 Apr;57(2):77-83.
[2] Gibson TJ, Johnson CB, Murrell JC, et al. "Components of electroencephalographic responses to slaughter in halothane - anaesthetised calves : effects of cutting neck tissues compared with major blood vessels." New Zealand Veterinary Journal 2009 Apr;57(2):84-9. doi: 10.1080/00480169.2009.36883 [3] MTW Verhoeven, MA Gerritzen, LJ Hellebrekers, and B Kemp. "Indicators used in livestock to assess unconsciousness after stunning: a review." Animal. 2015;9(2):320–330.
Leafy Creek Farm, LLC
in Comanche County, Texas
info@leafycreekfarm.com 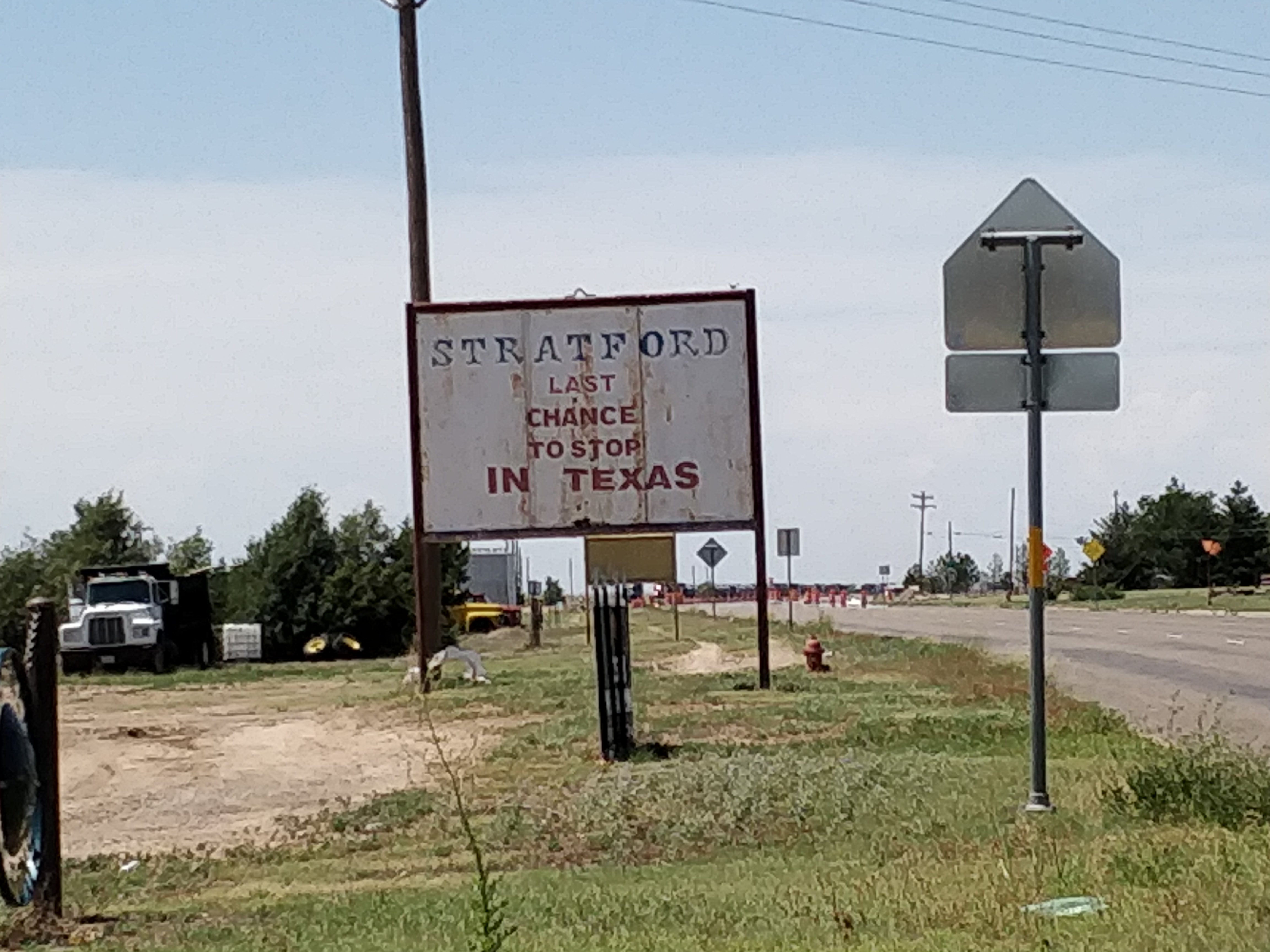 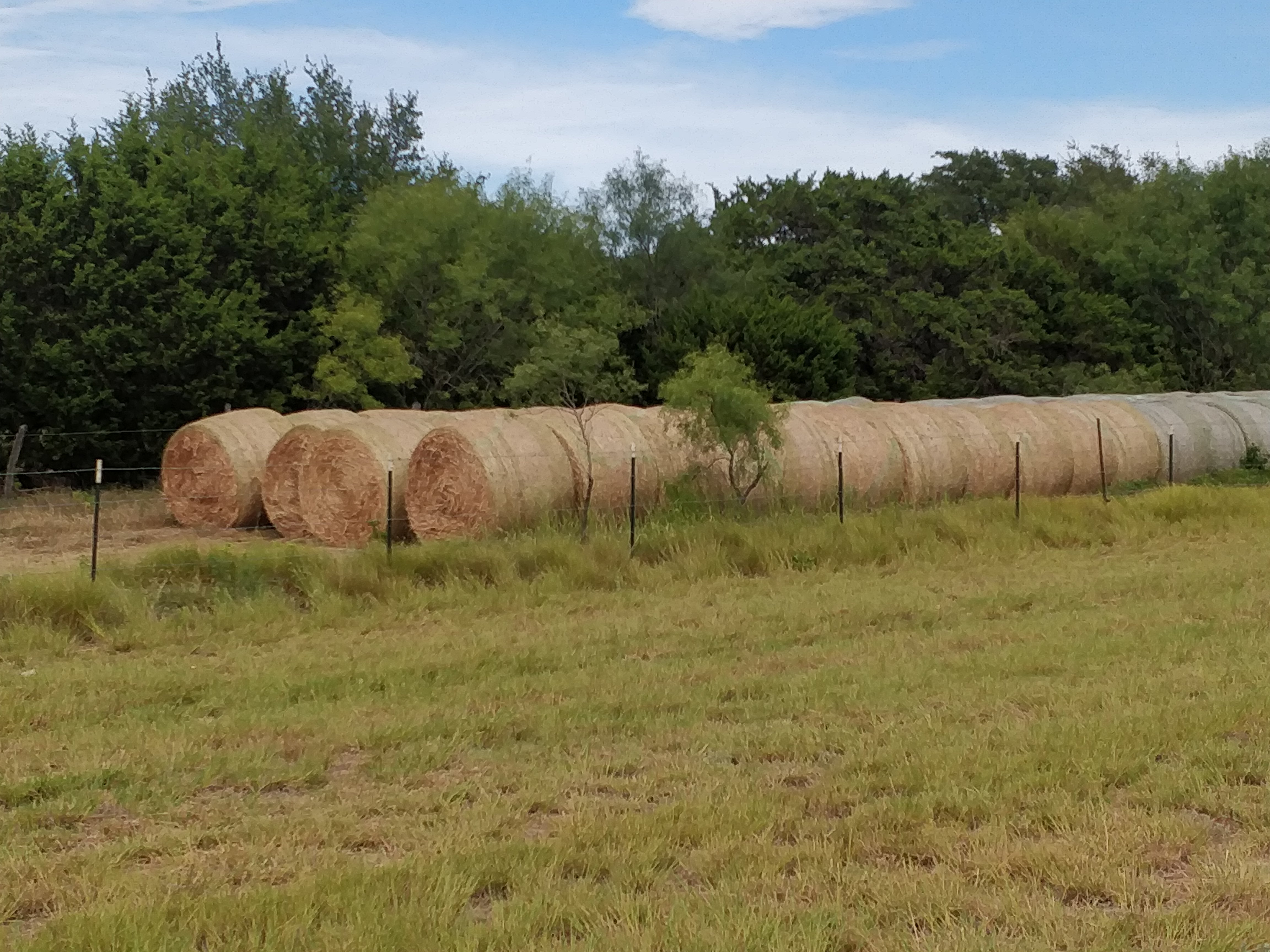 Hay in a side field 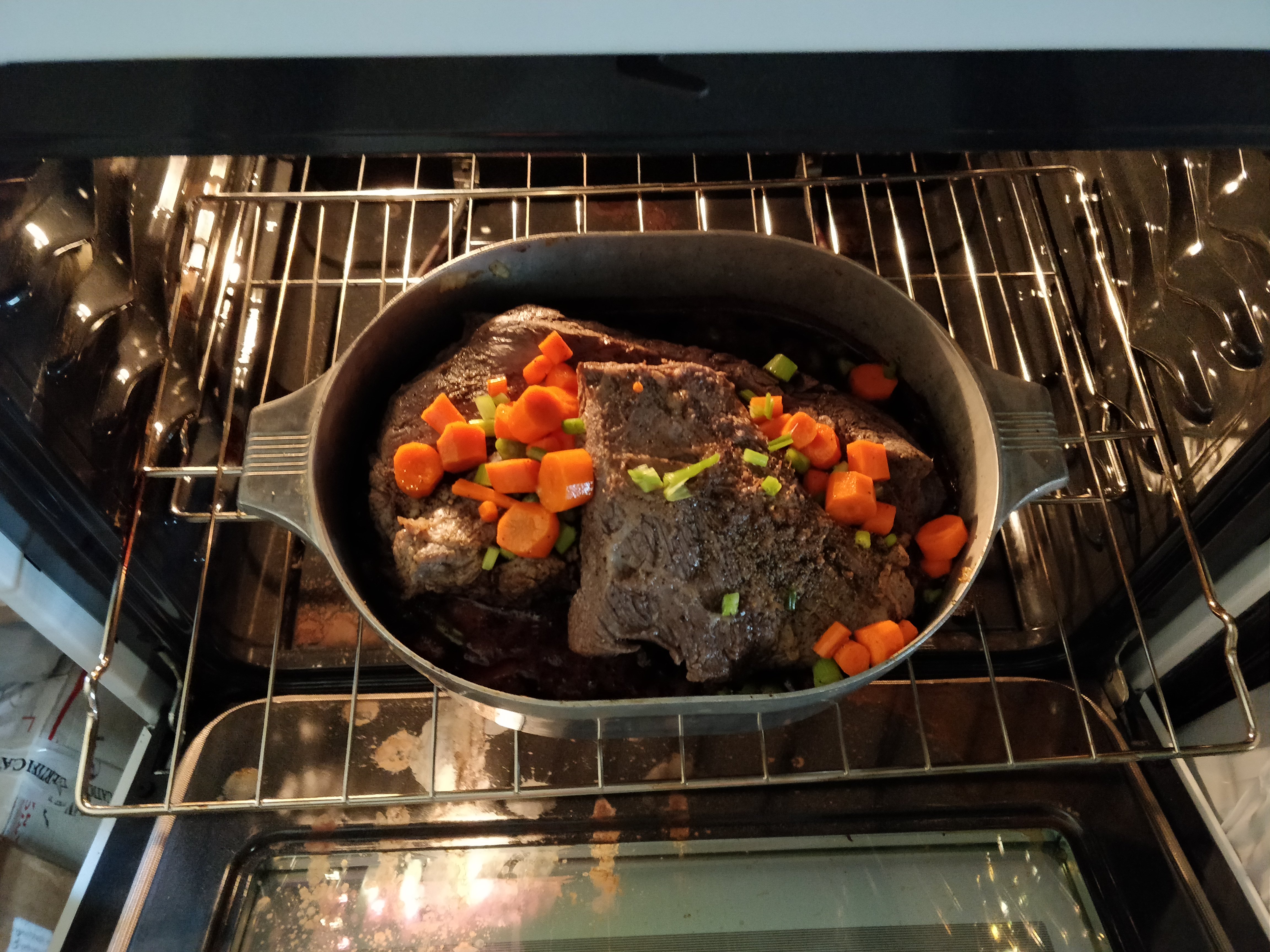 One of our roasts in the oven

Calves resting in the sun 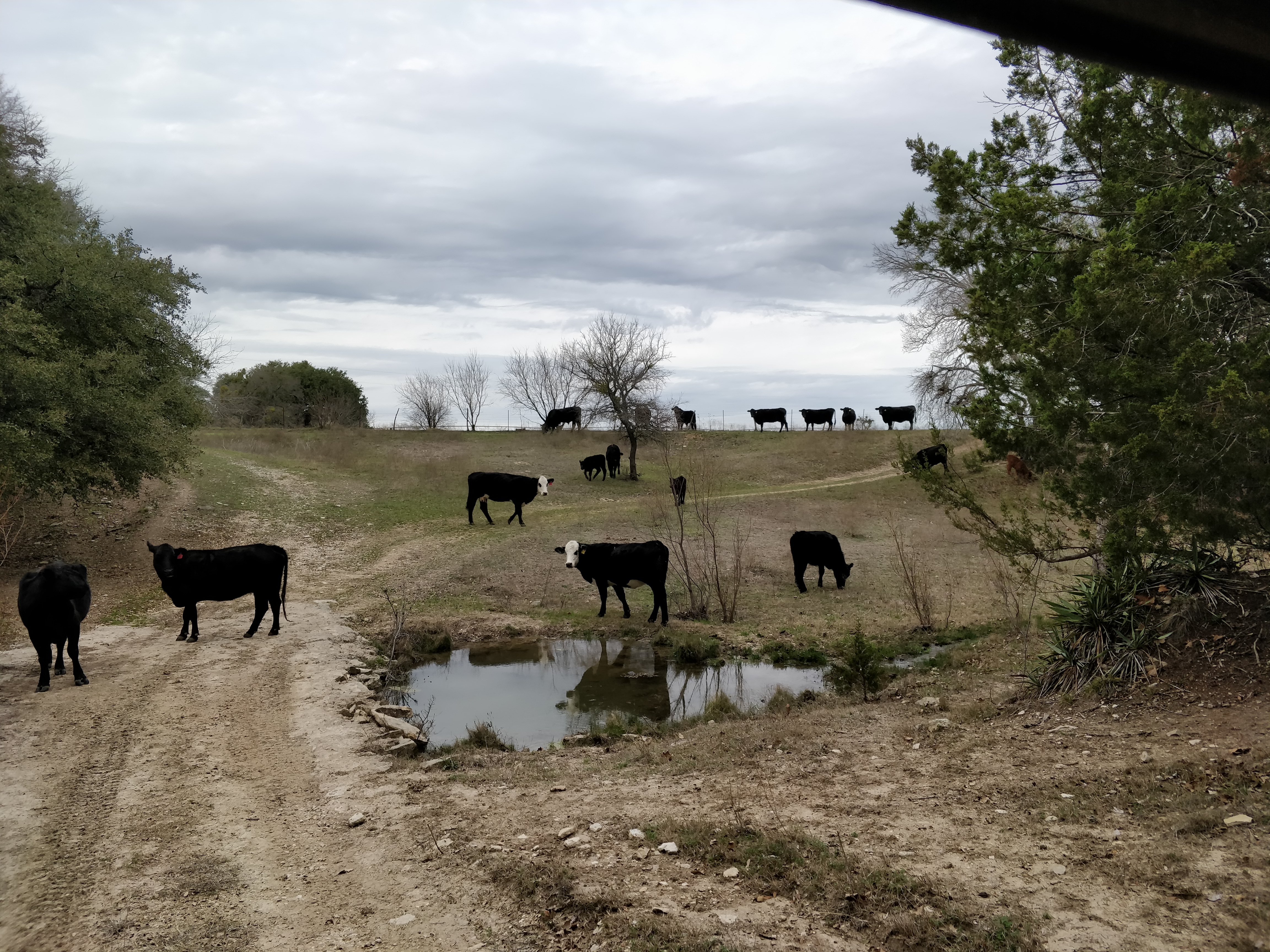 Herd on a hill by water